Human immunodeficiency virus (HIV) remains one of the world’s most significant public health challenges. HIV is the virus that causes HIV infection; AIDS is the most advanced stage of HIV. 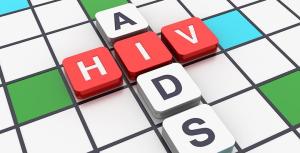 HIV is spread through contact with the blood, semen, pre-seminal fluid, rectal fluids, vaginal fluids, or breast milk of a person with HIV. It’s treated with Antiretroviral therapy, which is the use of HIV medicines to treat the infection. People on ART take a combination of HIV medicines each day.

HIV can be prevented and treated with the proper knowledge. Here are five facts about HIV you need to know:

2) You cannot get HIV through contact such as shaking hands or hugging an infected person. Nor can you get infected using dishes, toilet seats, or doorknobs used by a person with HIV. Its not spread through insect bites and HIV is not an airborne virus.

HIV is spread through fluids, but also through pregnancy, childbirth, or breastfeeding. This is called mother-to-child transmission of HIV.

4) Effective Antiretroviral therapy results in reduction in the amount of virus in the body greatly. If the duplication of HIV stops, then the body’s immune cells are able to live longer and provide the body with protection from infections. If the HIV positive partner in a couple is on effective Antiretroviral therapy, the likelihood of the HIV-negative partner contracting HIV through sexual transmission can be reduced by as much as 96%. HIV treatment contributes to HIV prevention efforts.

5) Progress has been made in some areas such as prevention of mother-to-child transmission of HIV and keeping mothers alive. In June 2016, three countries: Armenia Belarus and Thailand were validated for eliminating mother-to-child HIV. Before that, in 2015, almost 8 out of 10 pregnant women living with HIV-1.1 million women-received antiretroviral worldwide. Also in 2015, Cuba was the first country declared by WHO as having eliminated mother-to-child transmission of HIV and syphilis.

While there are constantly improvements in treating and handling HIV, prevention is just as important. Understanding the basics in prevention, as well as being covered by an affordable medical aid scheme could save your life.

The Affinity Health Day-to-Day plan has been designed to help you cover the everyday costs of staying healthy such as going to the doctor or dentist, obtaining prescribed acute medication or receiving a pair of reading glasses. You also receive service from any Medical Society clinic for primary healthcare and medical treatment. View all posts by Affinity Health